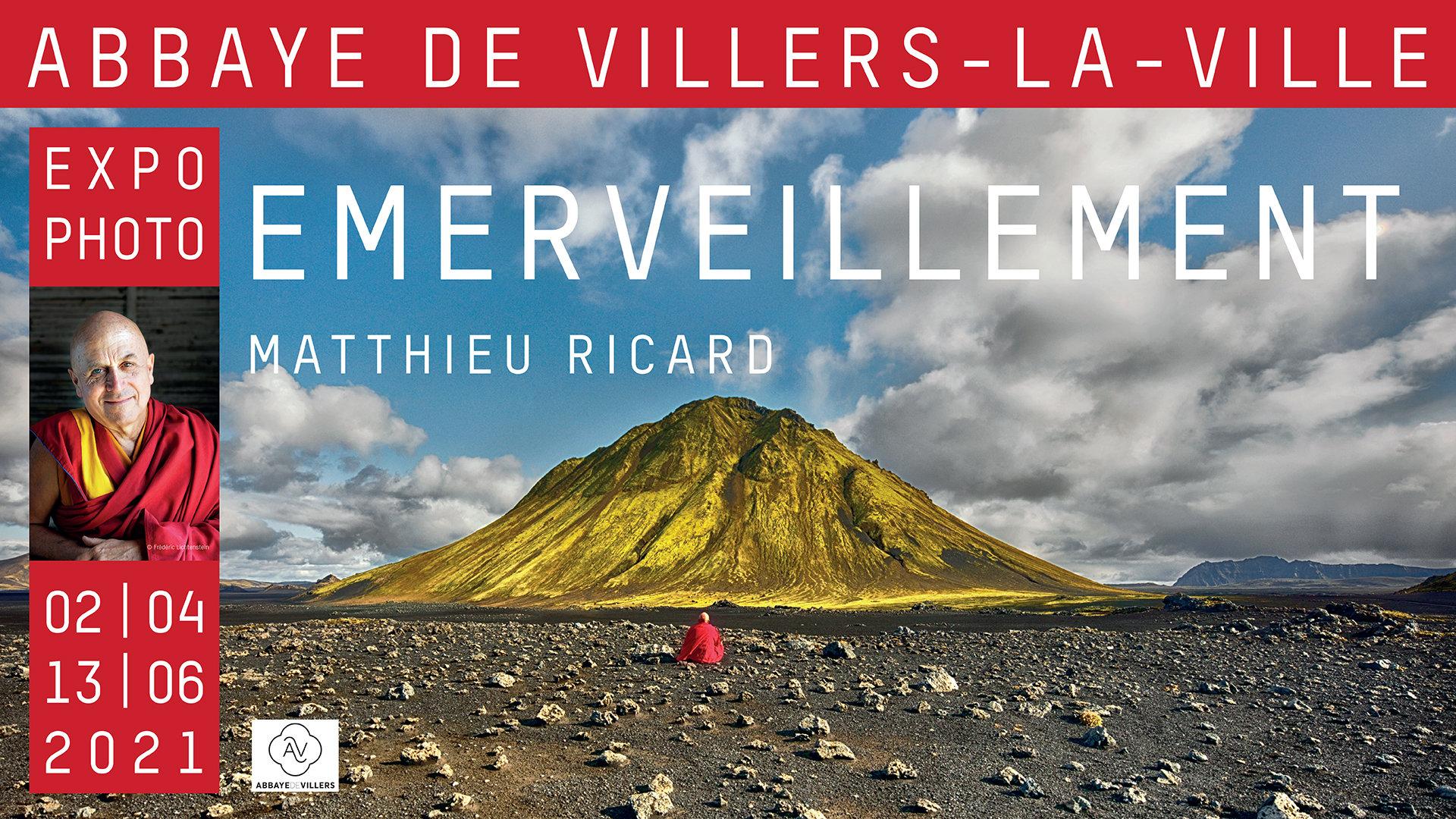 « To melt into the immensity of the sky…  » Matthieu Ricard

Villers Abbey is hosting the exhibition « Emerveillement » by the photographer, author and Buddhist monk Matthieu Ricard, from 2 April to 13 June 2021 included. 32 large-format photographs presented outdoors as a tribute to the beauty of nature and life in all its forms.

« Wonder is the first step towards respect.  » Nicolas Hulot

Seen from the sky or from the ground, from sea level or from mountain peaks, Matthieu Ricard’s photos are like an umbilical cord between the viewer and the wonders of our common home, the Earth. This journey in images from Patagonia to South Korea via the Yukon, Iceland, Nepal, the United States and Tibet aims to make us aware of the need to respect, protect and preserve nature for future generations. Each photo is accompanied by a committed text, a philosophical reflection or a cry from the heart that reminds us of current ecological issues.

Photos to meditate on

« The true wisdom of life consists in seeing the extraordinary in the ordinary.  » Pearl S. Buck

The « Emerveillement » exhibition is perfectly in line with the Villers Abbey’s desire to invest in sustainable development and respect for the environment. It is also a place for rejuvenation, contemplation and meditation, following the example of the Yoga Garden and the meditation evenings organised each year. Not forgetting the meditative path, a route that invites the visitor to explore an attitude of mindfulness.

« A man who is no longer able to marvel has practically ceased to live.  » Albert Einstein

The 32 large-format photos exhibited on the Abbey’s website are taken from « Emerveillement » (Editions la Martinière, 2019), Matthieu Ricard’s latest work, in which the Dalai Lama’s spokesman has chosen to bring to life the landscapes that amazed him during his many journeys across the blue planet, and thus to give the reader a feeling of adequacy with the world.

All the income generated by the copyrights of his books, photographs and lectures is donated to the humanitarian association he founded, Karuna-Shechen, which for more than 20 years has been accompanying the most destitute in India, Nepal, Tibet and soon in Europe.

Times: accessible during the opening hours of the Abbey, every day from 10 am to 6 pm.

Admission fees: access to the exhibition is included in the entrance fee.